World Tourism Network members are the voice of SMEs and can post special promotions for FREE! Not a member of WTN yet? Click here to join!

Barbados: Jewel of the Caribbean 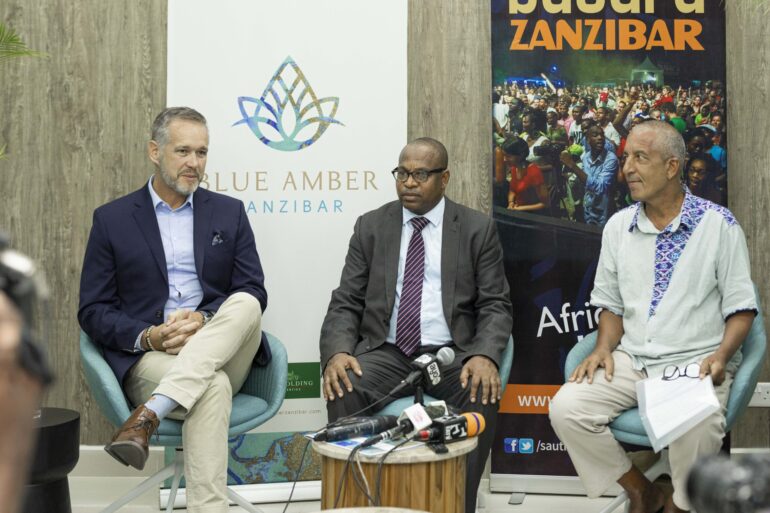 Pennyroyal Limited the developers of Blue Amber Zanzibar a leading African leisure destination and Zanzibar’s premier island resort, and Busara Promotions the organizers of the Sauti za Busara a pan, an African festival that has celebrated African music for the past 19 years, announce a new sponsorship deal that will see the festival’s continuity and sustainability.

“When we received the news that the festival was closing its doors due to the lack of funding, Blue Amber was proud to take the leading role in announcing the festival’s sponsorship.

As we enter the 20th year of this iconic cultural event that has established Zanzibar as the East African hub of musical entertainment” said CEO of Blue Amber Grant Anderson.

“The festival now becomes a pillar of our Corporate Social Responsibility mandate and we would like to see the men and women continue benefiting from the annual event. We have also put in strategic plans to help the promoters of Sauti za Busara to make it self-sustainable and would like to assure the Zanzibaris, and globally, that the Sauti za Busara festival will grow in stature and reputation.”

CEO & Festival Director Yusuf Mahmoud stated, “The festival would not be possible without support from donors and sponsors, such as the Norwegian Embassy who covered most of our office running costs since 2009.

As this support expired in March 2022, we spent most of the past year trying to find another funding partner, with no availability.

Although we don’t give up easily, time was running out and we had almost lost hope of being able to continue. Finally at the last minute, like a miracle, Blue Amber Zanzibar offered to save Busara, and keep our organization alive for three more years.

Words cannot describe the joy our team is feeling at this moment, knowing the festival will continue. A happiness that will be shared by thousands of artists and audiences across the world.”

“We thank all involved in this decision and urge all leaders in our public and private sector to follow Blue Amber’s example, to invest in arts and culture, which offer unique and unforgettable experiences for visitors to the region.

We look forward to welcoming all to Zanzibar in February 2023 to celebrate a very special 20th edition!” said the festival director Yusuf Mahmoud.

The founder of Blue Amber Zanzibar Saleh Said emphasized “As a Zanzibari, I was devastated to hear that the Sauti za Busara music festival was unable to continue due to a lack of funds. It would be a travesty if the festival came to an end and impacted the livelihoods of our people and Zanzibar as a whole.

We are pleased that our intervention in this sponsorship deal will bring stability to the festival plans.”

“The Sauti za Busara festivals have attracted thousands of people from across the world to our beautiful island. We have seen significant economic growth in Zanzibar over the years and one contributing factor has been the music festival. It is a stage where our musicians and artists have been able to show the world the culture and heritage of Zanzibar.

It has also been a stage for us to learn from other countries and adopt best practices that have helped our communities develop creatively and have freedom of expression.” said Minister of Information, Culture and Sports Zanzibar Hon. Tabia Maulidi Mwita.

“The news that Blue Amber will enable the continuity of Sauti za Busara is exulting to all Zanzibaris,” added Minister Tabia Maulidi Mwita.

Blue Amber Zanzibar is the largest resort development of its kind in Africa and is recognized as a strategic investment project in Tanzania.

Pennyroyal Limited is the developer of Blue Amber Zanzibar.

Busara Promotions is a non-profit NGO established in Zanzibar in 2003, aiming to promote professional employment opportunities in an East African music industry that is connected and in exchange with other regions.

When traveling to East Africa, it’s not a hard decision making to select Blue Amber.

Located in Matemwe on the North-Eastern coast of Zanzibar in Tanzania, Blue Amber is Africa’s leading leisure destination and Zanzibar’s premier island resort. Appointed across 410 hectares (1013 acres) of tropical landscape with 4 kilometers of prime Indian Ocean coastline, Blue Amber is the largest resort development of its kind in Africa and is recognized as a strategic investment project in Tanzania. Scheduled to open in phases from 2021, the resort will feature leading global hotel brands, luxury residential homes, world-class amenities, and East Africa’s first Signature Championship golf course.