Rum is more than a beverage with spirit 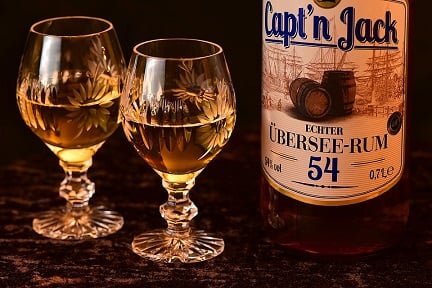 Rum has new contenders to enter the marketplace

Rum. In the Beginning

Rum is more than a beverage with spirit. Rum has played important roles in world economies and politics. Rum has been used as a currency, as part of religious rituals, a symbol associated with debauchery among Temperance crusaders, and as a healthy part of the food and beverage regime of the British Navy.

Rum was a major export from colonial New England and has been an important part of entrepreneurial societies. It oiled the cultural, and economic processes that created and fueled the slave trade, jump-started mutinies against captains who withheld it and governors who tried to regulate it. Rum has been celebrated by authors, used in toasts by politicians, and offered comfort and rewards to laborers who cut the cane and, after drinking it, went back to the fields to make more rum.

Through to the 21st Century

Sugar cane was first cultivated in Papua, New Guinea, and first fermented in -350 BC in India where the drinks were used primarily as medicine. It was cultivated and transported to Africa, and Spain. In the 1400s the explorers opened trade routes and remote islands offered perfect climates for growing sugar cane and they had access to plenty of water. In the Azores, the Canary Islands and the Caribbean slaves provided the labor.

African slavers accepted many forms of payment to supply slaves to the European colonists and the most sought-after payment was alcohol. Barbados, in the early 1600s, had a perfect climate for sugar cane, and explorer Richard Ligon brought sugar cane expertise from Brazil, including the equipment, slaves, and distillation techniques to the island. Thanks to Ligon, in under 10 years the sugar barons of Barbados became some of the richest in the world, with a prospering sugar and rum export industry.

In the mid-17th century (1655) Admiral Penn of the British fleet captured Jamaica from the Spanish and switched out the beer ration to be replaced with the locally made sugar-cane spirit. When he left Jamaica, he found that the rum had the natural advantage of remaining sweet in the cask for longer times than water or beer.

In the 18th century (1731) the Navy Board made rum the official daily ration, one pint of wine or half a pint of rum to be issued in two equal amounts daily. It was a right and a prized privilege that shielded them from the squalor and brutality of life on the ocean waves. In the 19th century (1850) the rum ration was fixed at an eighth of a pint until it was abolished in 1970.

The last Navy issue occurred on July 31, 1970, known as “Black Tot Day” and the First Sea Lord noted, “a large tot in the middle of the day was not the best medicine for those who had to handle the Navy’s electronic mysteries.”

Rum is produced in more than 80 countries and unique blends are found in Africa, Asia, South America, the Caribbean, the Philippines, the United States, Europe, and Scandinavian countries. Recently the aged versions of rum have been revisited and redesigned and many are now receiving the same applause and consideration as fine Scotch whisky noting that rum is as complex as wine.

The most basic type of rum is pure sugarcane juice that is fermented and called Rhum Agricole or Cachaca and produced in Brazil as well as the former French colonies. Boutique distillers in other parts of the world are now expanding their styles and using this morphed product to enter new markets.

There is no generally accepted generic term for rums based on sugar-cane juice although distillers in the French Caribbean argue that only their products should be named Rhum Agricole and Brazilian law states that Cachaca can only be produced in that country.

Cane rum can only be made when the sugar plants are ripe and producing fresh juice; however, molasses-based rums can be made throughout the year from the stored products. Distillers who use molasses as a raw material are unlikely to adopt the French term for their rums, Rhum Industriel.

Molasses is the sludge leftover from boiled cane juice after the crystalline sugar has been extracted. What is not made into rum may be bottled for culinary use or added to animal feed. Raw molasses has many flavors depending on the cane, soil, and climate.

Rum distillers prefer to use barrels previously used for wines or bourbon in order to infuse their product with more complex flavor during the aging process; some countries require rum to be cellared a minimum of 8 months to be called aged; others require 2 years and others set no guidelines.

Distillation is the process of concentrating essences from a fermented mixture called wort and is frequently credited to the Arab and Persian alchemists of the Middle Ages. However, this assumption was overturned when a complete terracotta still was identified in a museum in Taxila, Pakistan. This alembic still (originally used 5000 years ago), is a dome-lidded clay pot with a detachable spout that empties into a covered bowl and is currently found in a modern distillery.

Rums Get a Grade

Some rums reflect local tastes while others are directed to a global market. The grade and variations are dependent upon locales:

o             Gold or Pale Rum. Often aged several years; coloring may be added to provide consistency; look for subtle flavors of vanilla, almond, citrus, caramel or coconut depending on barrel type used in the aging process.

o             Black Rum. Made from molasses; retains much of the rich molasses and caramel flavoring; may be colored with burnt caramel to achieve hue consistency; essential in baking and candy-making; delivers bold sweet-spicy flavors to cakes, candy, desserts, and sauces; barrels are frequently charred or fired heavily imparting much of the wood’s strong flavors to the liquid.

o             Premium Aged Rum. Often labeled “Anejo” in Spanish territories; enjoyed neat or on the rocks; take on darker and richer colors due to time spent in barrels; may contain statements in the US and other countries referring to age referencing the youngest rum in the blend.

o             Vintage Rum. Most US sold rums are blended from multiple sources before bottling; some unique rums are bottled from specific vintage years of production; labeled with the year they were distilled and the location of their origin.

Eric Holmes Kaye with a background in music and advertising, and Maura Gedid, with experience in investor relations and corporate communications, bring unique backgrounds to the Rum/spirits industry. Their passion for rums and the insatiable quest for new taste experiences enable neophytes as well as rum devotees to get to know new and unique Rum’s hassle-free through their entrepreneurial efforts via Holmes Cay Rum. Through Holmes Cay, consumers are able to get limited edition rums that include exceptional blends from a wide range of locales including South Africa and Fiji,

Holmes Cay culls the best small-batch limited edition rums that are distilled and bottled without additives. Single Cask editions are aged in casks and Single Origin editions combine multiple casks and production styles to create original expressions from a given distillery or region.

In order to appreciate the Holmes Cay collection, immediately delete all previous notions of what Rum is, is not, and/or could be. Open your eyes, nose, mouth, and mind-set, and be ready for a Rum Transformation:

1.            Mhoba 2017 South Africa. First South African Rum sold in the United States. Look for the aroma of cane sugar combined with the taste of grilled pineapple, white pepper, and tropical fruit enhanced by a suggestion of fennel. The average finish is a surprise that becomes even more unique against a background of smoke.

2.            Fiji Rum. 2004 Single Origin Edition. This is a blend of lightly aged molasses-based pot and columned distilled rums from the South Pacific Distilleries in Lautoka, Fiji. Bottled without adulteration beyond the addition of water and bottled in a small batch of 2260 bottles. Be careful as the Fiji Rum is bottled at higher proofs than typically blended rums.

A light-yellow hue defines the eye experience. Aroma’s highlight cut grass, citrus (especially lemon zest, and bitter orange peel), pine needles, and pepper reward the nose while the palate experiences cloves and honey and the surprise finish (?) – a touch of hay and pepper.

The unique aroma/taste is created without sugar, color, or other flavors; bottled at barrel proof, or 51 percent alcohol by volume.

© Dr. Elinor Garely. This copyright article may not be reproduced without written permission from the author.